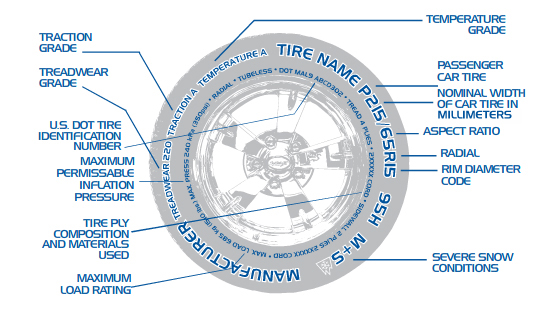 The Uniform Tire Quality Grading (UTQG) is a system developed by the Department of Transportation which helps consumers compare tires in the areas of treadwear traction and temperature. Here is an example: a tire with a UTQG of 300 AB. The 300 is treadwear, which represents the tire's comparative wear when measured against the government-mandated tire which is rated at 100. So this tire wore three times longer than the control tire. Because of variations in operating conditions, the treadwear grade cannot be used to predict actual wear out mileage; it can be used to predict the relative wear rate of tires with different UTQG wear rates. Traction and temperature are graded A (superior), B (good) or C (average). Traction indicates the level of grip the tire possesses.

Each tire manufacturer determines UTQG ratings for their products.

The treadwear grade is a comparative rating based on the wear rate of the tire when tested under controlled conditions on a specified government test track. A tire graded 200 would wear twice as long on the government test course under specified test conditions as one graded 100. It is wrong to link treadwear grades with your projected tire mileage. The relative performance of tires depends upon the actual conditions of their use and may vary due to driving habits, service practices, differences in road characteristics and climate.

Traction grades, from highest to lowest, are AA, A, B and C. They represent the tire's ability to stop on wet pavement as measured under controlled conditions on specified government test surfaces of asphalt and concrete.

The temperature grades, from highest to lowest, are A, B and C. These represent the tire's resistance to the generation of heat when tested under controlled conditions on a specified indoor laboratory test wheel. 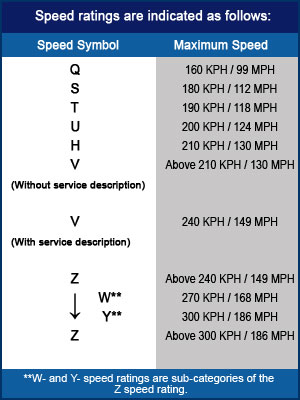